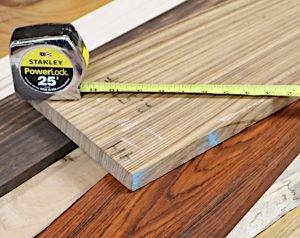 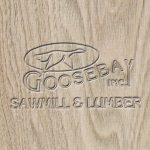 Butternut is sometimes referred to as “white walnut” for the resemblance it’s deep brown color has to walnut.  However, it is much different in that it is  relatively light in weight and moderately soft with a relative hardness of 490.

The sapwood of butternut is narrow and ranges from whitish to light brown.  The heartwood is brown with some darker and/or reddish streaks.  It is generally not as dark in color as is walnut.  It is somewhat coarse in texture and grain, but machines easily and finishes well.  Carvers tend to favor butternut despite its coarse grain.

Its distribution is from Southern New Brunswick and Maine west to Minnesota.  Its growth area extends as far south as northeastern Arkansas and eastward to western North Carolina.