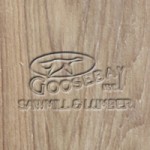 Teak is native to Burma, India, and Southern Asia.  Plantation Teak is grown in regions of Africa, Latin America, and Asia.  It needs a tropical climate to grow.

How is Teak Used?

Teak is prized by boat builders for its strength, stability, and its durability when exposed to extreme exterior conditions.  It is generally straight-grained.  It has moderate bending capabilities which can be increased by the application of steam.  It works moderately well, but does blunt tools.

Teak is generally an even golden-brown color that deepens as it ages.  Although it has an oily texture, it glues well on freshly planed surfaces.  It takes stain well and finishes well, particularly with an oil finish.

Although teak is mainly used in boat building – particularly for decks, rails, and hatches, it is also used extensively for outdoor furniture, cabinetry, exterior structural work, and garden benches.  It is also made into veneered plywood.

Compare to Iroko, or African Teak.